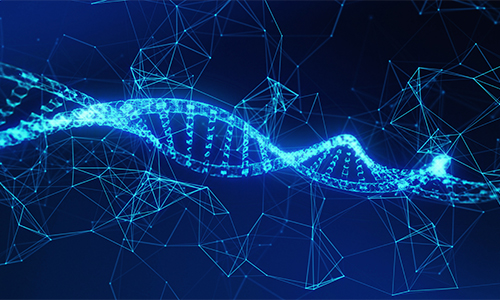 A thousand years from now, will our descendants still read works like Beowulf, Shakespearean plays, or even the Bible? Will they study any of the same mathematical concepts or scientific theories of today? If so, how will our data reach those future generations? It will likely be stored and continually transferred to the most advanced computer chip, right?

Professor Masaru Tomita and his team of researchers at Keio University, Japan, have develop artificial DNA with encoded information that can be added to the genome of common bacteria.

The four characters used in genetic coding (A’s T’s, G’s and C’s) work much like digital data. If coded in a particular way, different character combinations can represent specific letters and symbols which can then be translated to produce music, text, video, and other content.

But why use bacteria as a storage method in the first place? Because while books may crumble apart and computers may malfunction, bacterial information will last for millions of years – as long as the species stays alive. Genetic coding is so massive that information can be stashed away somewhere in the gene without affecting an organism’s overall appearance and other traits.

And forget about a zip drive or USB plug. According to researchers, up to 100 bits of data can be attached to each organism. Additionally, bacteria can create new copies of the data every time it reproduces itself, as well as insert itself into different places in the genome – essentially saving and backing up the code.

Recently, scientists successfully inserted Einstein’s equation “e=mc²” and the year he published his theory, “1905” into common soil bacteria. Of course, in order to translate the bacterial code, it must first be solved – a tricky feat for the average untrained eye. But scientists like Tomita are delighted to imagine a day when a species of superior intelligence will read the code as easily as a primer.