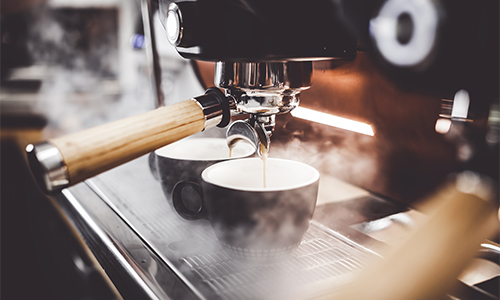 Attention all doctors, over-achieving students, and night watchmen: your lives are about to get easier. A new brand of “wakefulness” pills could soon be hitting the mainstream market.

Imagine swallowing a pill at 8:00 a.m. and heading out for 22 hours of work, all the while feeling physically rested and alert. Now imagine that the pill not only keeps you awake and active, but actually enhances your productivity and mental cognizance. Welcome to the world eugeroic drugs.

Originally created for patients with narcolepsy, the FDA-approved eugeroic drug Modafinil was created in 1998 to combat fatigue in a completely different way. Unlike traditional caffeine, which jolts a person into jittery, time-sensitive action, Modafinil specifically targets sleep-mechanisms in the brain. The result? Extended and painless hours of consciousness, as well as a proven boost in mental awareness and memory.

The military, who openly uses Modafinil to train pilots on 40-hour missions, is currently funding the Irvine, California-based company, Cortex, for the the development of a similar drug, code-named CX717. Modafinil’s maker, Cephalan, is also laying the groundwork for legal means of distribution to the masses. Currently awaiting FDA approval, Cephalan hopes to market “Armodafinil,” which promises even longer periods of wakefulness in a single dose.

Efficiency experts are abuzz about the future of eugeroics in the workplace. And those who face arduous consecutive hours of work or training couldn’t be more pleased. If used correctly, the drugs will benefit many.

Under the knife, most patients would probably prefer a surgeon who has the advantage over sleep deprivation or caffeine-induced twitching. Throw in the fact that eugeroics also improve planning, concentration, and impulse control skills – well – that’s just an added bonus.

For workaholics, the possibilities are endless. Eugeroics could potentially provide an additional 1500 hours of productivity per year. Over-achieving college students could double their load. Entrepreneurs could simultaneously start and manage two businesses. Research scientists might find a cure to cancer sooner than projected.

But here’s the obvious snafu: is it healthy?

Not exactly. Despite the seeming ease of brain stimulants, sleep should be understood as neither a luxury nor a roadblock. We are, after all, only human. We still need sleep as much as we need oxygen, food, and water. Our immune systems are not (yet, at least) equipped to handle an additional 1500 hours of wakeful activity; sickness, depression, and anxiety would be the most likely outcome for a eugeroics abuser.

Still, it might be fair to predict that horror stories of cramming for exams armed only with chocolate-covered espresso beans and Red Bull will soon be as archaic as Grandpa Joe’s boyhood tale of trudging six miles every day, in the snow, with no coat, to grammar school.