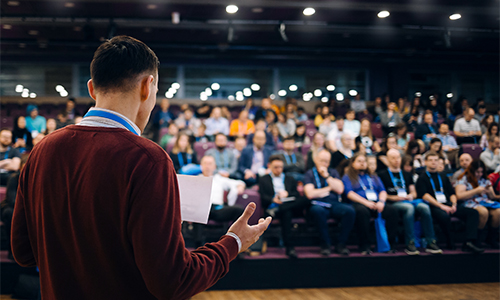 Finding a means to help the LGBTQ population succeed in an unjust society will inevitably prove beneficial for all of mankind, and empowering them to have a strong voice will mirror the strength of humanity and perpetuate social justice.

From conservative talk show hosts to Bible-quoting fanatics (and a large number of citizens in between) there are many who continue to condemn the gay community. The same fundamental argument used for this condemnation has historically been used to oppress women, African-Americans, and other minority communities. Largely biblical in nature, opponents argue that the group in question pushes the natural boundaries of humankind (as defined by God), thus warping the natural order of society. This—of course—is very dangerous and unsettling to the opponents of minority rights, as it questions the very meaning and purity of their own existence.

100 years ago it would have been absurd to consider the fact that women or minorities could someday possess the same rights as White males. But after generations upon generations of suffrage and determination—of passing their fortitude onto one person at a time—they eventually empowered not only themselves, but future generations. This empowerment currently takes form in the fact that women and minorities expect to be treated equally. Whether or not this manifests into reality is secondary; primarily, we are born into the ideal that we all have the same fundamental rights and opportunities.

Marriage equality is not the only adversity facing the LGBTQ community. Harassment and violence have become a social norm that continues to undermine forward movement. In most states, the LGBTQ community is still subjected to legalized discrimination via housing and family laws, and even employment.

We pride ourselves upon being the land of the free. Arguably, there is no U.S. Citizen of a particular male or female ethnic minority who does not have legal rights (whether this is socially recognizable or not). However, the LGBTQ remains the only minority who cannot enjoy these rights in many states. This becomes all the more mind-boggling when one considers the fact that each and every single U.S. citizen was, at the time of their birth, born with the same fundamental rights as everyone else….and may enjoy these rights until the particular day that one’s sexuality is realized.

Throughout history, empowerment is a term that denotes pivotal social changes. However, social movements that aim to strengthen specific minority groups can prove difficult—even dangerous. Enabling minority groups to become stronger threatens alpha groups, and are often resisted by tactics such as fear, targeted discrimination and hate crimes.

Teaching confidence and self-assurance to all citizens will begin to revolutionize the interactions between not only the LGBTQ community, but between all members of society. Encouraging the LGBTQ community to become stronger in a non-violent and threatening way has historically been the successful foundation for minority groups; it is essential to the success of their empowerment. Ignorance has largely been the root of suppression, therefore empowerment must also include a tremendous amount of education and exposure.

True empowerment also extends beyond the group in question. Members of society who are not LGBTQ must also offer support, encouragement, and celebration. This acceptance will help to eradicate the ignorance that continues to surround the gay community and begin to turn the wheels of legal and social equality.